So, I’ve been eating a lot of comfort carbs since the election and thought I'd write about the bread of my people. Because it is so good, in its multitude of forms. In fact, there are so many varieties that we'll just stick with my faves. In no particular order:

Chapati/Roti | Our basic tortilla.
Chapatis are made with atta (a hard Indian wheat, or durum) flour, salt, and water. Lots-o-gluten makes the dough pliable and soft. Rolled out dough is cooked on both sides in a dry frying pan or tava. In some places, like my auntie’s house, chapatis are cooked over an open flame that will create big, fun bubbles. Paratha | Layered and buttery, like a flat croissant.
The paratha’s trademark thick, flaky goodness is made possible by spreading the dough with ghee, folding it, and rolling it out again. Ghee is clarified butter, but a different spin on the process that involves simmering the butter gives the product a distinctly nutty aroma. Moving on, paratha usually made with all-purpose flour instead of whole wheat. And to make it that much more delightful, it’s commonly filled with such tasties as palak (spinach), daal (lentils), or aloo (potato). 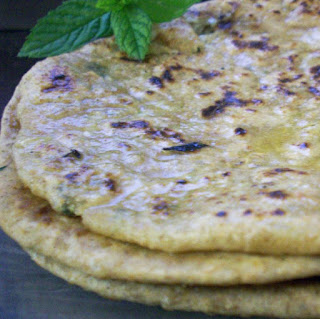 Papadam | That free app that just always shows up.
Papadam is thin and extra crispy. The kneaded mixture of black gram flour, pepper, and salt is flattened into thin rounds. Sometimes it appears shiny (when fried) and other times it looks matte (cooked using dry heat). Papadam usually served with a couple chutneys including a spicy, green (coriander/mint) and a sweet, brown (tamarind). 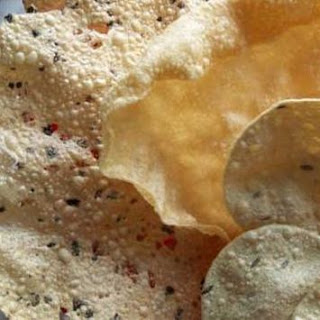 Puri | Poofy little balloons of happiness.
Puri is usually made with wheat flour and sometimes has cumin seed tossed in. It’s deep-fried in either vegetable oil or ghee and puffs up when cooked because the moisture in the dough becomes steam that expands. Puri is typically served as a light snack, or tapas-style with an assortment of potato based curries, lentils, and garbanzo beans. 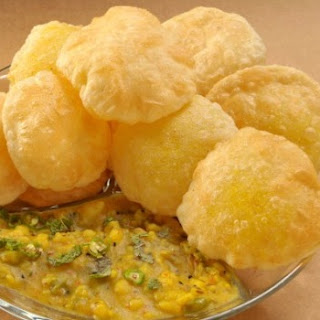 Dosa | A lighter and more monstrous crepe.
Seriously, if your dosa fits on the plate, they did it wrong. I’m a fan of tearing off chunks and scooping up all the accompaniments (see: puri), but it can also be served stuffed with said tasties. Dosa has no added sugars or saturated fats and its main ingredients, rice and black gram, make it a solid source of protein. Interestingly enough, the fermentation process also increases the vitamin B and vitamin C content. 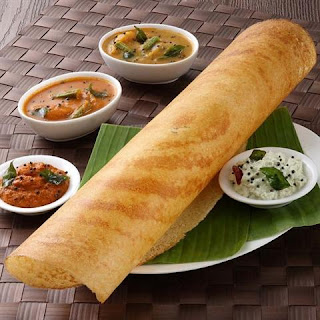 Naan | A soft, chewy, magnificent beast.
Making naan involves mixing white flour with salt, yeast, and yogurt to make a smooth, pliable dough.  The dough is kneaded, set aside to rise, and then divided into balls, which are flattened and cooked. Naan is made in a tandoor (a cylindrical clay or metal oven) and served brushed with butter, or you guessed it, glorious ghee! 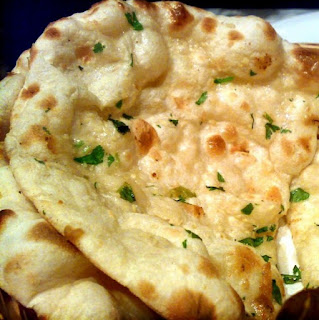