It's getting hot in herre.

The fact that many of our nation’s leaders so vehemently refute the science of climate change is outrageous. It's just plain unacceptable to deny what is now data-backed common knowledge when considering environmental legislation.

No one present today appeared to be under the disillusionment that walking would somehow solve climate change. That isn't the point. The point is to demonstrate solidarity, draw attention to an issue that our representatives are choosing to ignore, and lend a voice to reason.

On that note, it was wonderful to see an array of groups turn out today. And participating made me more considerate of how people are coming at climate change, viewing issues and solutions through different lenses. Vegans came to discuss the merits of their diet in relation to carbon and methane emissions. Christians came with signs conveying messages of stewardship. I showed up as a trained biologist concerned with Executive and federal overreach, particularly with regards to the rollbacks on academic and research funding, undermining of EPA protections, and threats to National Parks and federal lands. And on a personal level, to stand with my friends who are working scientists and academics, fighting to keep their research alive and accessible. 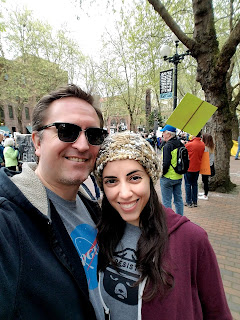 Proceeds from the husband's Rogue NASA tee were split between Girls Who Code and the National Math + Science Initiative. Mine went to a number of foundations committed to protecting public lands and our national parks. 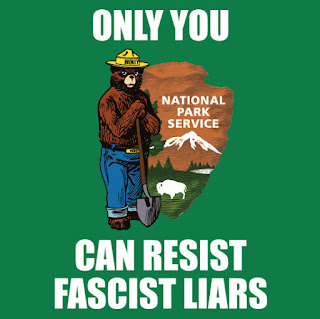 Do it for science.

I’ve been doing more reading than writing lately, apart from the writing I do for work. Truthfully, I got pretty depressed after the inauguration and swift bombardment of overreaching Executive Orders. From the Muslim travel ban to the gag order on federal scientists, it was and continues to be an exhausting time. There appears to be a fine line between staying informed and staying sane.

An already busy family visit mixed with someone getting in a minor car accident meant that I had to sit March for Science out.

I may not be a working scientist, but that is who I am at my core. My academic training in the sciences is at the heart of how I understand the world and think critically in an age of alternative facts. Science illiteracy is the cause of so much misunderstanding and distrust in our country today. I deeply believe that having educated citizens is as important as having informed leaders and representatives. And the scientific community must be a part of the conversation when considering environmental legislation that will affect generations to come.

Thank you to all who walked today. I am with you and will see you at Climate March in one week. 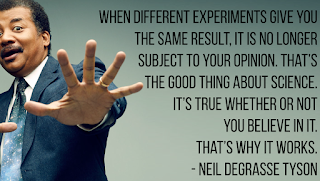